Saúl Jiménez-Sandoval has roots in Fowler, a city 15 minutes south of Fresno, and his commitment to the region and higher education form part of his personal mission to promote the region’s economic and cultural ascendency.

Dr. Jiménez-Sandoval was appointed to serve as the ninth President of Fresno State in May of 2021. He previously served as Interim President, Provost and Vice President of Academic Affairs, and Dean of Arts and Humanities. Prior to his administrative appointments, Dr. Jiménez-Sandoval taught at Fresno State for almost 15 years. His area of expertise is Spanish and Portuguese poetry, and he has published on authors from Cuba, Mexico, Spain and Portugal.

Dr. Jiménez-Sandoval’s leadership has been recognized in various ways. He serves on a number of boards, including the Mountain West Athletic Conference Board, University High (Fresno) Board of Directors and California Teaching Fellows Foundation. He received the Horizon Award’s Excellence in the Arts by the Fresno Art Council in 2019, was inducted into the Phi Kappa Phi honor society in 2016, and, as a faculty member, received the Provost’s Award for Graduate Teaching and Mentoring in 2012-13.

Dr. Jiménez-Sandoval is committed to the Central Valley region, and is proud that all of his academic career has been invested in promoting the enrichment of our students and region. With deep roots in the Valley and a strong connection to agriculture and the arts, he is committed to Fresno State and the valley community. He and his wife, Dr. Mariana Anagnostopoulos, happily make Fresno their home with their two sons, Arion and Leo. 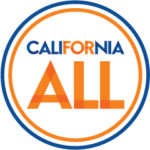